Austin Kirk had another outstanding outing, this time he got some help from his offense.  Daytona put up eight runs in the first three innings to decide this one early.  Ronald Torreyes had a huge day at the plate, going 3-for-3 with two doubles and a triple.  Richard Jones also had three hits, but Greg Rohan did the most damage going 1-for-2 with a home run and five RBI’s. 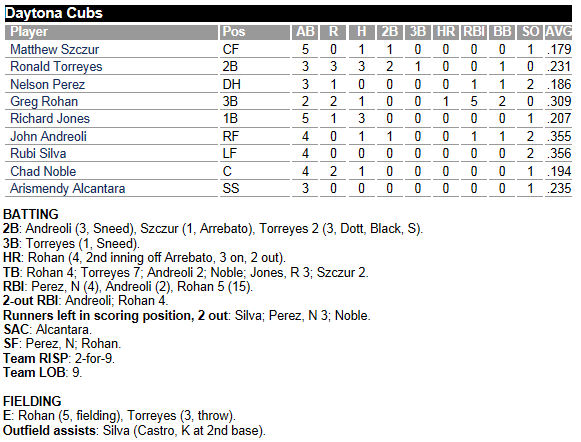