Felix Doubront did nothing to help his cause for the 5th spot in the rotation as he played a huge role in blowing an 8-3 lead today.  The Cubs went on to lose to the Angels 10-9 but the story today, as it is most days now, was how the Cubs got their runs, hooray prospects!  It was the Kris Bryant, Jorge Soler, and Addison Russell show as the three headed monster put on an impressive display with the bats.  First the powerful results, Kris Bryant went deep twice, two monster shots, he finished the day 3-for-4 with two dingers, a book rule double, three RBI, and three runs scored.  Jorge Soler joined the fun as well going 2-for-3 with his own bomb, two RBI, and a run scored.  Russell was super impressive all over the field, he finished 3-for-3 with a double, an RBI, a stolen base and a couple of slick plays in the field.  The pitching wasn’t so great today as Jason Hammel was beat up in addition to Doubront. 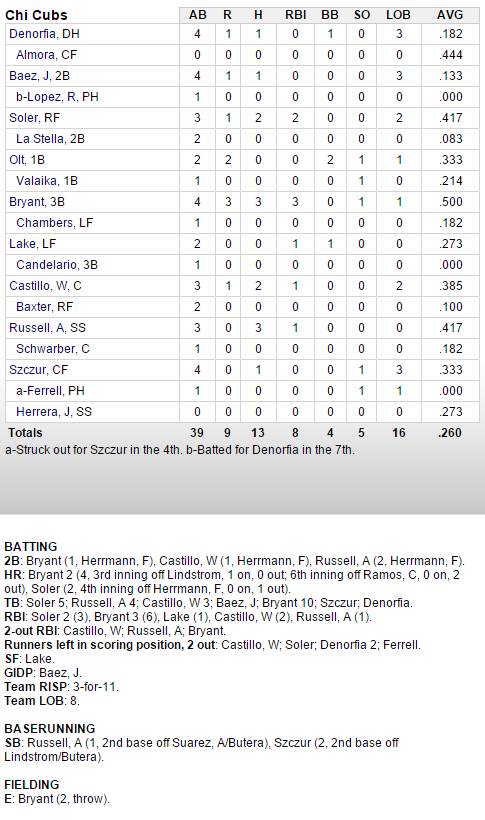