Edwin Jackson did himself no favors today as the Athletics put a hurting on the right-hander.  E-Jax gave up eight runs on nine hits in just 1.2 innings of work, his spring ERA sits at a meteoric 7.59, yuck.  The result was never really in question today with the A’s scoring ten times through three frames en route to a 14-2 victory.  How did the Cubs get their runs you ask?  Well, the usual ways.  Jorge Soler had an RBI single, and Kris Bryant increased his ridiculous home run total to nine on the spring.  Bryant did make his third error of the spring this afternoon, but no one is talking about that, except the Cubs front office (wink, wink).  Not a lot of things went well today, but one bright spot was the Cubs walked nine(!) times, sure they were 1-for-11 with runners in scoring position, but NINE WALKS. 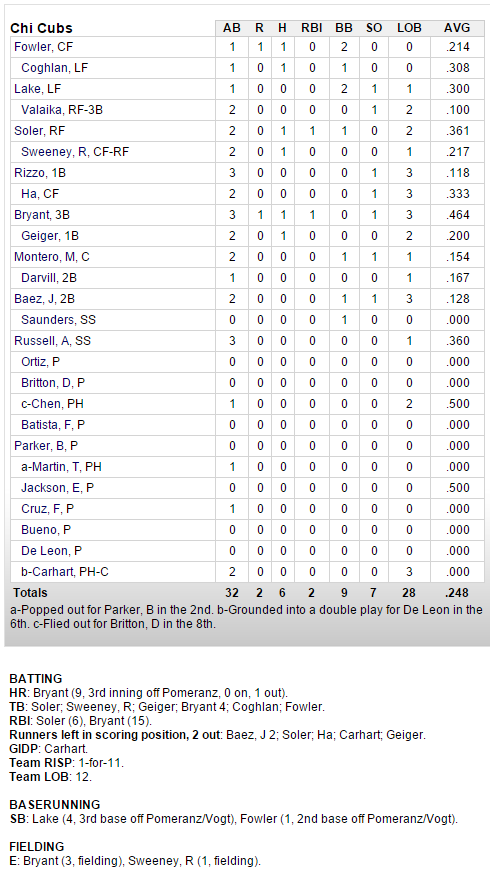