I mentioned in an earlier blog post that what could be better than two Cubs games in one day, well I meant as long as they don’t lose both.  That’s exactly what happened today, as the Cubs fell 12-2 to the D-Backs, and 7-5 against the Rockies.  Very few if any bright spots today, but Junior Lake and Michael Brenly hit HR’s, so there’s that.  Kerry Wood got knocked around, so did Dempster, and Carlos Marmol tightroped his way thru a scoreless inning. 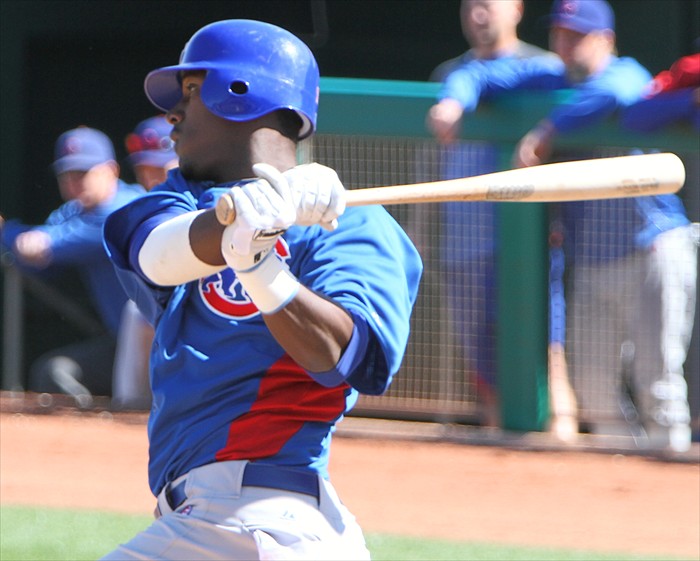 END_OF_DOCUMENT_TOKEN_TO_BE_REPLACED

The day got off to a bettar than decent start with Soriano blasting his third homerun of the spring season, and Chris Volstad working three spotless innings.  Kerry Wood also made his spring debut and was solid, that was about the extent of the good portion of the day as the wheels fell off shortly there after.  Carlops Marmol was touched up, big time.  He faced seven hitters on the day, five of them reached base, and four of them scored.  Something positive or negative that can be taken away from that depending on how you look at it was Marmol only hit one batter and walked no one.  He gave up four hits including a three run blast to rising prospect Dustin Ackley, one outing is not cause for concern, but it is a shock to the system for sure. 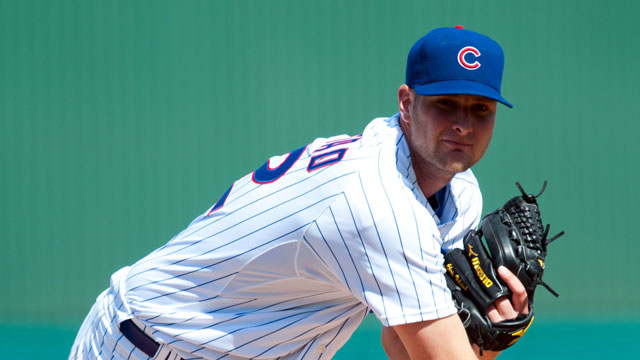 END_OF_DOCUMENT_TOKEN_TO_BE_REPLACED

Right handed pitcher Rafael Dolis, 24 has looked impressive so far this spring and he, like many other young players are hoping to make a good impression with the new Cubs brass and make it a hard decision to send him back to the minor leagues.  END_OF_DOCUMENT_TOKEN_TO_BE_REPLACED

****  If viewing this post at work, you may not be able to see the box scores because blocking software may disable photobucket pictures.  If you can’t see them shoot us a message and we will get it fixed!

END_OF_DOCUMENT_TOKEN_TO_BE_REPLACED

Throughout the season we will have features that we run each day of the week, one of them will be Media Monday.  We hope to bring you all the best pictures, audio, and video (where allowed by MLB) from the past week.  Obviously everyone is very excited about Spring training getting underway, please enjoy the content below.

END_OF_DOCUMENT_TOKEN_TO_BE_REPLACED

Chicago Cubs GM Jed Hoyer joined “The Carmen, Jurko, and Harry Show” on ESPN 1000 to discuss a lot of topics ranging from Alfonso Soriano to when he hopes the Cubs will be a contending team and how to get to that point.