With the signing of Scott Feldman yesterday the Cubs needed to clear a roster spot on the 40-man roster for him, they did that today by designating Casey Coleman for assignment per Carrie Muskat.  The Cubs long-held out hope that Casey Coleman would fulfill the potential that they saw in him but that has not happened at all, especially at the big league level.  Expect Coleman to be placed on waivers, unless the Cubs can move him in a deal within the next 7-10 days.

The I-Cubs were looking pretty good last week, then the weekend came and it saw Iowa drop three straight to end the week 2-4.  Despite losing three in a row to close out the week, the I-Cubs are 5-5 in their last 10.  The team continues to be a revolving door as the big club has had numerous injuries.  This is good and bad, good being that the Cubs can rely on Iowa to develop big league ready players, bad because it ravages Iowa’s talent pool which makes the results less than desirable.  Anthony Rizzo is still here, and PCL pitchers are still having nightmares. 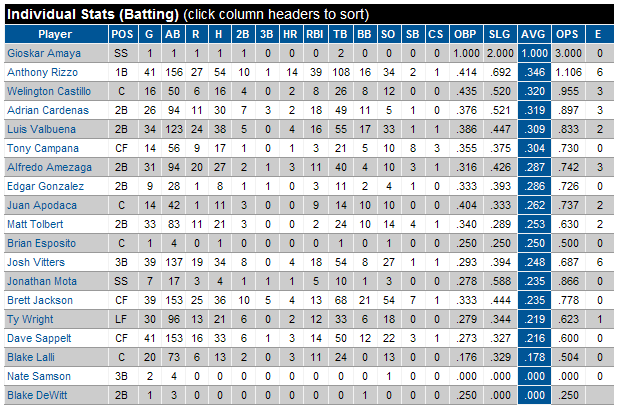 The Iowa Cubs are starting to turn things around, going 6-4 in their last ten games which was good enough to push them into second place.  The I-Cubs currently sit 7 games behind the Omaha Storm Chasers in the PCL American Northern Division.  Anthony Rizzo continues to lead the charge, and he will until he gets the call from the north siders. 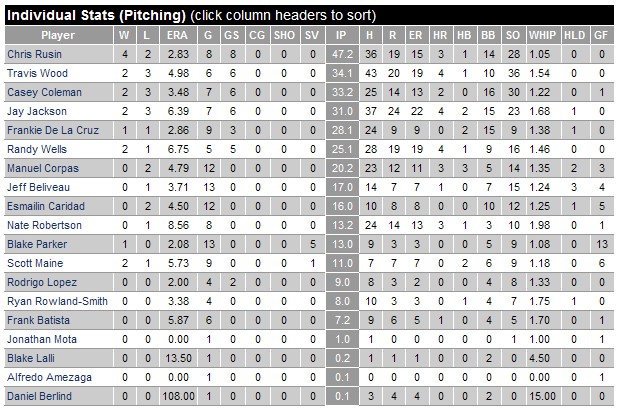 The I-Cubs are struggling, going 3-7 in their last 10 games, and I really can’t say I blame them.  Because of illness and injury the Cubs have had to poach players from Iowa, and that will have an effect for sure.  Travis Wood, Randy Wells, Welington Castillo, Tony Campana, and now Adrian Cardenas have all been called up at one point or another.  Here’s hoping for a better week. 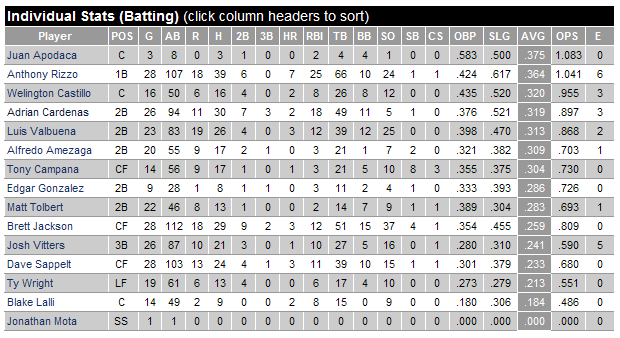 The Iowa Cubs sit in second place in the American Northern Division but they are still chasing the Oklahoma Storm Chasers by quite a bit, 7 games to be exact.  After a solid start to the season Iowa has gone 2-8 in their last 10, time to pick it up.  Full standings and stats after the jump.