It was a day where all you had to do was “get the ball in the air, and it would go” — the problem with that is you

actually have to, you know, hit the ball.  That’s the one part of the equation the Cubs haven’t figured out yet this season.  Anyone that follows this team religiously, like I do, knew that scoring runs would be difficult for this group, but yikes.  Today’s hard to look at numbers?  Two runs on three hits, that’s it, three hits today for our boys in blue.

With the lack of scoring comes the increased pressure on the pitching to not make a mistake, because one run could be it.  Travis Wood pitched just fine today given the howling out wind, but made a few too many mistakes, and took the loss.  The Cubs pen was also a little ragged as well, both Wesley Wright, and Brian Schlitter gave up runs to make the final score a little more ugly.  Good news friends, it’s early, I think that’s a good thing. 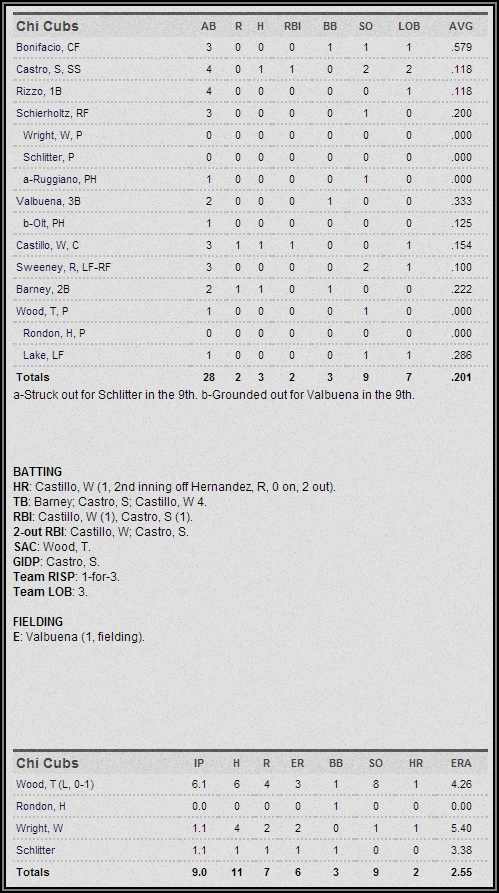