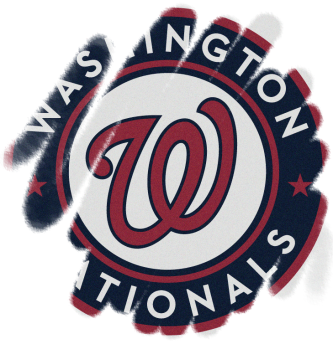 The stretch of facing contenders continues for the Cubs this weekend in Washington as they take on the exciting Nationals.  The Cubs last trip to Washington didn’t go so well as they were swept in a four game series, well swept is to kind of a word, they were embarrassed in a four game series.  There was also a bench clearing incident between the two clubs which centered around Steve Clevenger and at the time third base coach of the Nats Bo Porter,

neither will be in Washington this weekend.  Here’s a fun fact that you probably were not aware of, the Cubs have actually scored more runs this year than the Nationals.  That’s right, the Cubs have scored 128 runs, and the Nats have scored 121, both teams are near the bottom of baseball in that category, however the Nats are above .500 and the Cubs, well, aren’t.  The Nationals get it done with pitching, but still are not that much better than the Cubs.  The Nats have a team ERA of 3.47 which is good for seventh in the Majors while the Cubs sit at thirteenth with a 3.77 ERA.  The difference is the Nationals bullpen more times than not gets the job done, they have a team ERA of 3.57 which is fifteenth best in baseball while the Cubs are twenty-fifth best with a 4.57 bullpen ERA.  Too many game this year have been lost by the Cubs pen, a failing bullpen will not be good enough against good teams, as evidenced by the Reds, and Cardinals series.  Should be a fun weekend, and hopefully we see a better showing than last year, nothing could be worse really.

The Cubs split a two game series with the Cardinals at Wrigley.

The Nats swept a two game series at home against Detroit, they have won four straight heading into tonights game.

The Nationals have gotten hot recently, winning four straight games heading into this series.  The Cubs will need to play error free baseball and get improved performances from their bullpen if they want to compete in this series.  I still think the Nationals will take two out of three this weekend.

[UPDATE]  More information is coming out from last night, specifically about what happened between Quirk and Porter in the 5th inning.  From all accounts it seems as though that Quirk was just as responsible for the dust up as Porter, maybe even moreso.  I still think that Porter should stay in his box and away from the Cubs dugout, but I expect Quirk and Clevenger for that matter to express their anger with the season/game/team in different ways, especially when you are getting your teeth kicked in because doing this kind of stuff when that is happening comes across as weak.

“All that stuff that happened, that was instigated by Quirk screaming out at Porter,” plate umpire Jerry Layne said. “And the obscenities that he screamed out I just felt was inappropriate, and that’s what caused everything. The reason he was ejected was he was the cause.”

I will say this though, the words coming from the Nationals, their manager, and their broadcast team are ridiculous.  You’re not the 1927 Yankees, you are having a good year, and you are not that far removed from “playing like the Cubs” so save the routine of talking down to other teams, and play the way you all love to talk so much about.

The Cubs could easily be accused as a team just going through the motions this year as they have a had a number of lifeless losses and currently sit 35 games under .500.  Tonight was more of the same against the Nationals until Bo Porter, former Cub, and the Nationals third base coach, lit a fire under the club.  After the Nationals stole a couple of bases, and Jayson Werth swung at a 3-0 pitch with a five run lead, catcher Steve Clevenger went to the dugout to get a new glove.  Apparently Bo Porter didn’t like it, and started barking at the Cubs bench, Jaime Quirk took exception to Porter and the two got in a shouting match which resulted in benches clearing. 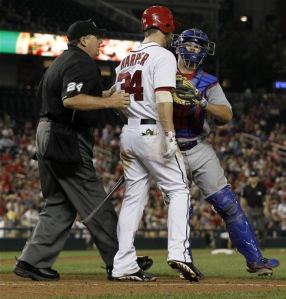 Miraculously, Bo Porter, who started everything stayed at his post at third base, and Quirk was ejected.  Fast forward to the 6th, the Cubs were determined to get the last word as Lendy Castillo threw at Bryce Harper, and missed.  Harper walked towards the mound with Clevenger intercepting him before he could get too far, but the benches and bullpens were empty once again, this time with vigor.  Nats reliever Michael Gonzalez kept running his mouth, which resulted in some more pushing and a possible sad attempt at a punch from Clevenger.  Clevenger, and Corpas were ejected along with Gonzalez, that was the end of the extracurriculars, the butt kicking resumed after that.  I will say this, it was nice to see a Cubs team answer the bell and finally say enough is enough, however when you are getting blasted night after night it makes you look rather sad.  I was still happy to see it.

Now onto the third straight embarrassment on the field.  Justin Germano got the start for the Cubs tonight, and didn’t fare much better then the Cubs starters that preceded him in this series.  Germano was done after four innings, he gave up seven runs, six earned, on seven hits while walking two and striking out two.  Germano left trailing 7-2, this was after the Cubs actually held a lead of 2-1 in the second inning.  The Cubs had some success early against Nats starter Jordan Zimmermann as they scored in the first and second to take an early lead.  Anthony Rizzo had a great day at the plate going 3-for-4 with his 12th home run of the season.  Starlin Castro also did his best to keep the Cubs in this one as he was 2-for-4 with a double, a triple, and a run scored.  On to Pittsburgh. 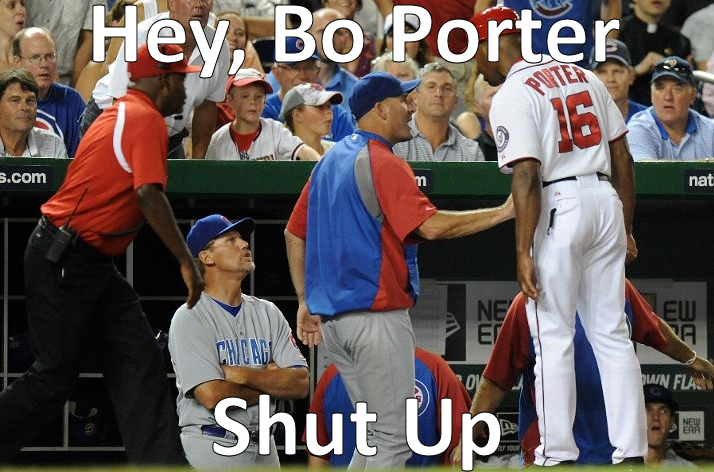 The benches have emptied twice, you can thanks the Nationals and Bo Porter for that most likely, here are the video’s.  Two separate incidents, I’m just glad that the Cubs finally showed some emotion and got mad at somebody.