This is starting to resemble a real winning streak, not just a few games, but an actual legitimate winning streak.  The Cubs had everything working for them today as they pitched, hit, and played solid defense, that usually wins a lot of games.  The Cubs only needed one inning in this one as they scored five times in the third inning to take a 7-0 lead en route to a 7-2 victory, their fifth straight.  The big blow came from Scott Hairston, who must have been taking pointers from Travis Wood before the game as he mashed a grand slam, just like Wood did a day earlier.  After the third inning the Cubs didn’t do much with the bats, but they didn’t need to as Matt Garza was outstanding in picking up his first win of the season.  Garza worked seven strong innings giving up two runs on six hits while striking out four, he didn’t walk anybody. Over the last five games, the Cubs are 15-for-38 with runners in scoring position, that is mind-boggling for a team that hasn’t been above .200 as a team in what seems like forever.

PICTURE OF THE GAME 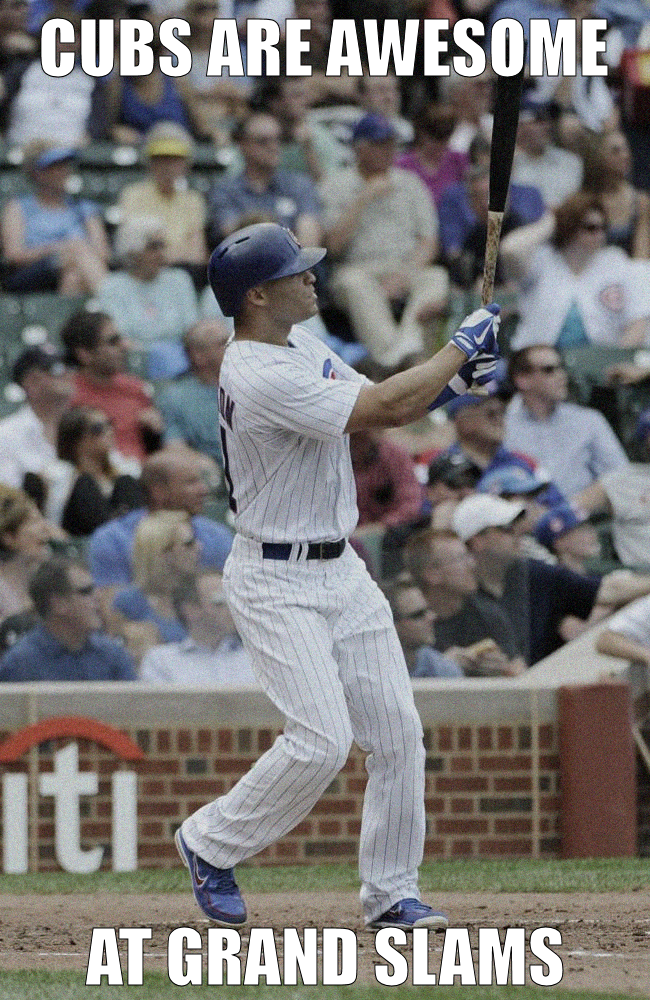